Most of us have had bosses that made us want to eat bubble wrap at some point in our career. But is it possible that those horrible managers were just an exception to the rule? An overbearing, micro-managing minority we were unlucky enough to cross paths with?

Turns out, great managers are not few and far between, according to Zety’s latest survey of 1,016 US-based respondents about their expectations and day-to-day workplace reality on what they really think of their superiors.

The findings managed to capture a glimpse of what makes a manager special, aka the top traits of a good manager:

The good news amidst this is that over 30% of those surveyed strongly believed their manager was nothing short of wonderful, and an additional 40% admitted they were pretty happy about their managers, totaling to 70% being quite satisfied with their managers.

A significant 15% were sitting on the bench for this one, saying they were neither happy nor unhappy, while just over one in 10 (11%) of respondents were dissatisfied with their managers.

So what’s the cause of dissatisfaction? The following 10 were cited as the attributes that managers were lacking most, in the respondents’ own experiences:

To put it another way, bad managers are more likely to express an unclear vision for their team, take themselves too seriously without a humour break, and tend to lack relationship-building skills. 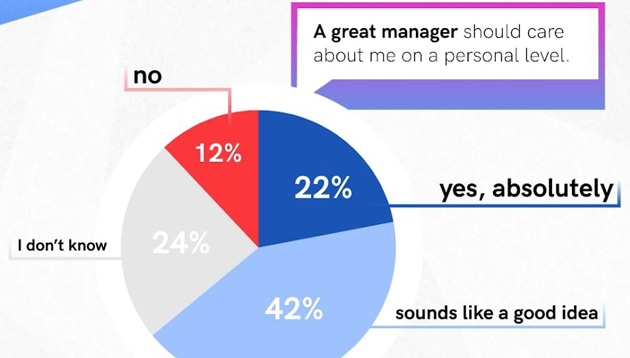 It came as no surprise that over 90% of respondents agreed that a great manager should value their team members’ opinion even if it differed from the manager’s own. Plus the findings showed that this becomes increasingly important as employees become more and more experienced.

What does this look like in real life? Do people feel listened to by the management? A majority (77%) of respondents stated their managers appreciated their input. There were almost no differences in answers between the genders, which suggests that both men and women feel equally appreciated and listened to.

It was also found that the number of people who strongly believe that their opinions are taken into consideration grows together with the company size. 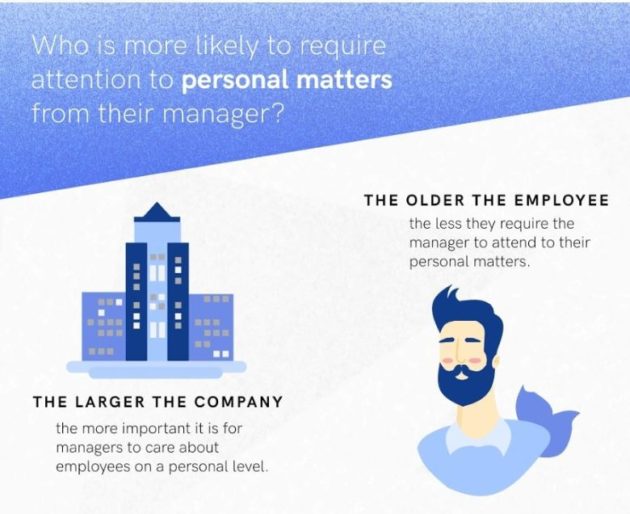 Coronavirus: What to do if an employee is quarantined or put under medical surveillance

Jumpy candidates are a red flag for many employers, but do frequent job moves have anything to do with someone's ability? ..

Do you conduct exit interviews?

Who cares about a departing employee? All the reasons you should and the difference an exit interview can make...

4 ways to make the most of an internship opportunity

An inside look at the BT Academy

To cater for the training needs of a 17,000-strong global organisation, the company launched a new learning management system in 2..