The World Economic Forum has just released its latest report on the gender pay gap for 2020 – and it makes for mixed reading.

The report estimates that global gender pay equality will now be reached in just under 100 years.

While this might seem far away – let’s face it, it is – it’s still an improvement on last year’s finding of 108 years, while more than 66% of the countries surveyed made progress last year.

The most significant overall improvement this year was in the area of political empowerment (the recent rise of Sanna Marin to the Prime Minister Finland is a good example of this). In education and health, overall, over 95% of gender gaps have narrowed.

Clearly, there still remains much work to do. In Asia an estimated 163 years is needed to close the gender gaps in the region – longer than any other part of the world. Hong Kong, for example, can do much more to address these sobering statistics.

In Hong Kong, only 55% of women are in the workforce and they are also underrepresented in the Executive Council, Legislative Council, and District Council as well as on boards and in management.

The only APAC country in the top 10 was New Zealand, coming in at sixth. 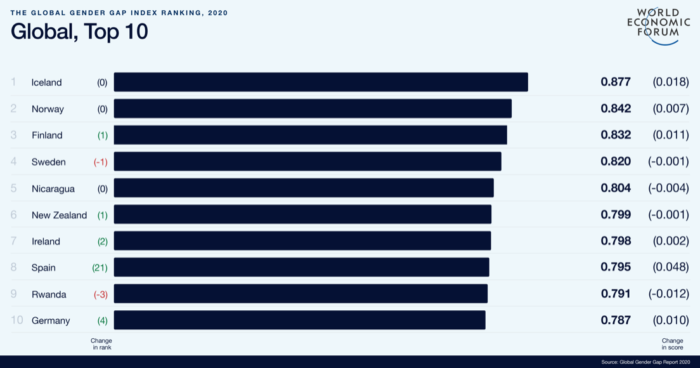 Turning an eye to the future, the report reveals that the greatest challenge preventing the economic gender gap from closing is women’s under-representation in emerging roles.

“In cloud computing, just 12% of professionals are women. Similarly, in engineering and data and AI, the numbers are 15% and 26% respectively,” the report stated.

“To address these deficiencies, workforce strategies must ensure that women are better equipped (in terms of improved skills or reskilling) to deal with the challenges and take advantage of the opportunities of the Fourth Industrial Revolution. Diverse hiring is another area for improvement, along with creating inclusive work cultures,” it added.

On the cards is the formation of a green committee comprising representatives from different business functions...

The new Employer Mandatory Commitment aims to ensure that employers are responsible for their workers right from appointment...

A sweet look inside a candy company [GALLERY]

Storck, a sweet producing company, shares how it has translated its family business values into its physical office space in Singa..

Those in Singapore aren't doing much better at about 4 hours taken - and unfiled expenses are benefiting companies by $15.2bn year..

Up the ranks: 72andSunny enlists Chiew Ling Tan as director of talent and ops

Joining the firm's newest office, 72andSunny Singapore, Tan is looking for a diverse group of talent to join the team...