Looks like casual is the new cool these days – at least in the corporate world.

J.P.Morgan has made headlines for adopting a more casual dress code.

According to an internal memo reviewed by The Wall Street Journal (WSJ), the bank is now allowing employees to wear business-casual attire on most occasions.

“The move—trading pinstripes for pullover sweaters—is relatively unusual for a Wall Street bank, in which suits are typically required for men and women due to longstanding industry customs and the etiquette involved in dealing with wealthy clients,” WSJ wrote.

“It also reflects the ever-changing world of banking, in which big financial institutions are constantly evolving to stay relevant as financial technology firms attempt to take away business and as many bank clients, including in Silicon Valley, continue to shun formal wear.”

In line with the trend, new research from OfficeTeam has found 50% of senior managers interviewed said employees wear less formal clothing than they did five years ago.

ALSO READ: Is dressing down the new office dress code?

Following reports of professionals being forced to conform to formal dress codes (to the point of physical injury), PricewaterhouseCoopers (PwC) has also ditched its traditional dress codes for staff in Australia, UK, India, and other offices.

According to The Telegraph, the accounting firm previously requested men wear suits and business-appropriate socks, while women wear tailored dresses or trousers.

“It’s not a dress up or dress down policy — all we are asking our people to do is think about what they are doing each day, who they are doing it with, and dress in a way that reflects that,” said Sue Horlin, of PwC Australia, to The Telegraph.

PwC UK also issued a statement following headlines surrounding the case of Nicola Thorp, 27, a receptionist at PwC’s London office who was sent home without pay for refusing to wear shoes with a “two to four inch heel”.

“In response to press articles about dress codes of other PwC network firms, we wanted to clarify our position in the UK,” PwC stated.

Gaenor Bagley, UK head of people, said: “We’ve had a flexible approach to how our people dress for work in the UK for a number of years – it’s important that our people can be themselves at work and that we respect our clients and colleagues. We trust our people to use their judgement on what’s appropriate to wear.”

“I believe this new era of tie burning is a way our world’s best organisations and leaders are breaking down traditional barriers to treating each other like humans rather than problems,” Louis Carter, co chairman and CEO, Best Practice Institute, told Human Resources.

“And, there is nothing wrong with this – it is simply the decision to wear whichever uniform works best for you, your clients, and your job function. If you are in the office, and not client facing, you may as well have a writing or radio job.

“Dressing down doesn’t matter as much for a financial analyst or desk jockey writing Powerpoint presentations, working on innovative new scientific discoveries or performing primary and secondary research all day. It’s all about form, purpose, and function.”

ALSO READ: Why you should dress light to work

“Long gone are the days of corporate dress. However, some of our colleagues who operate from sites where the dress code is corporate conform to it,” he said.

He added that dressing informally has been a practice that has “been in place in SAP for a while and the advent of integrating our new Cloud businesses has seen this accelerate”.

“I think it underlines our values to focus on the customer and outcomes, and that in SAP, is what matters most.”

Is this the profession which Millennials dislike the most?

Millennials are uninterested in cyber security careers, with most saying their education isn't equipping them to pursue the field... 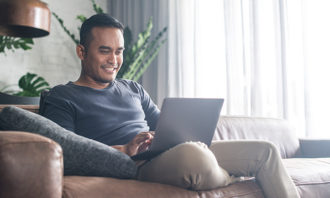 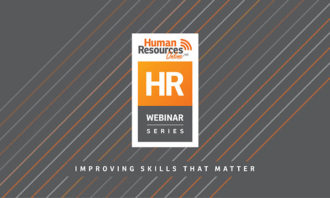