WATCH: The worst first (and last) day ever

The first day at a new job is bound to be a bit stressful and you may be prone to making some rookie mistakes. Unfortunately for A.J. Clemente, his first day gaffe ended up getting him fired.

Rookie news anchor AJ Clemente was fired on his first day at the NBC news affiliate KFYR-TV in Bismarck, North Dakota, when he was caught swearing on his first on-air report.

Clemente was rehearsing some of his material and didn’t realise he was already of the air when he struggled to pronounce the name of London Marathon winner Tsegaye Kebede. To vent his frustration, he let out a few choice words.

Both AJ and his (now former) co-anchor Van Tieu stumbled through their introductions after the awkward mistake. He was fired about 24 hours later.

Now, the 24-year-old is using his new-found fame for TV appearances and has taken up residence behind the bar of a Delaware restaurant.

To play off Clemente’s dwindling celebrity status, the bar even posted a message this on the restaurant’s marquee. 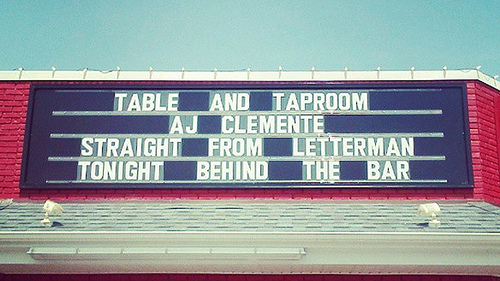 What your morning coffee says about you

The ex-employee of FKD Express Co. broke her wrist on the first day of work and as a result, lost 3% of her earning power permanen..

The most expensive cities in Asia Pacific for business travellers

Are these the top killers of your workplace culture?

HR thinks a stressful environment is causing the worst impact in the office, while staff believe it's the lack of manpower...

"We all have a role to play in creating more inclusive workplaces – the issue is too big for one person or company to solve on the..

Apart from being fined, their work permits will be revoked, and they will be barred from entering and working in Singapore...