This video may be the career inspiration you need

Everyone hopes to land their dream job. You know, the one where they’ll have the tri-factor of doing what they love, being good at it, and having fun.

While many of us come close to that, I don’t think a lot of people can honestly say they have it all. This is why I both admire and envy the actors who work as Disney characters at Disneyland.

Over the past year or so, the internet has been graced with photos, gifs and videos of these Disneyland employees, or cast members as they are called, playing roles of well-known princesses, fairies, stuffed toys and even villains.

These cast members don’t just dress the part and walk around the park for photos – they completely embrace and transform into their characters.

Take the cast member playing the role of the Evil Queen from Snow White. In the video below, she was asked by a little girl if she was still jealous of Snow White.

Is that dedication to the job, or what?

Another crowd favourite are the cast members who play Peter Pan. Sticking to his reputation as the boy who never grew up, Peter Pan is often seen around the park creeping up on visitors and then cheekily running away, looking for buried treasure, or simply being curious about “modern technology” such as a video camera. 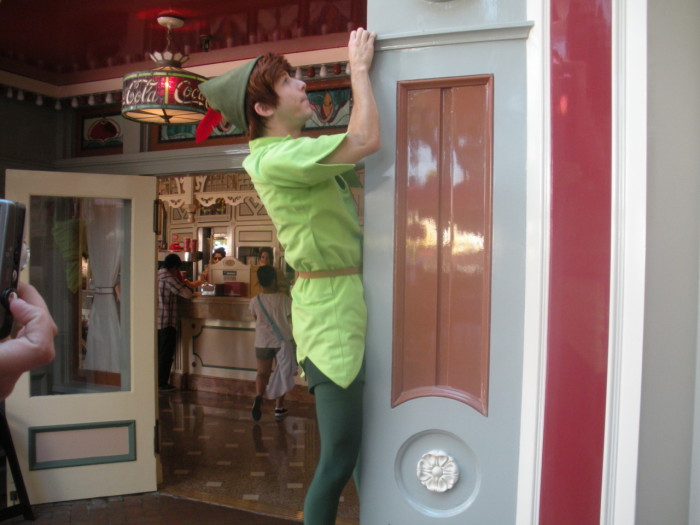 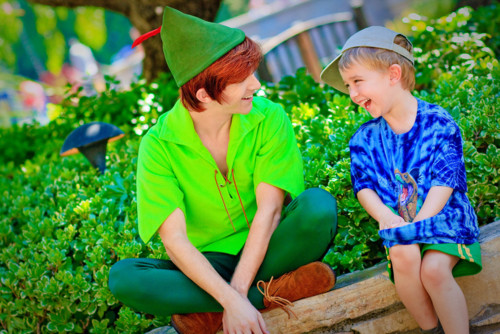 His fairy best friend Tinker Bell is also occasionally getting up to mischief; Alice in Wonderland’s Mad Hatter claimed she stole his teapot and is now living in it.

I know not all of us have the luxury of working in a theme park or playing a loved (and sometimes hated) character as a day job. But that’s no excuse to not try and be as invested in your own role as possible.

Companies and its leaders may still be trying to find the magic potion to turn up engagement at work, but you can help by finding something about your job you feel passionate about and focusing more time on it.

For example, organisations like Google and 3M have done well in providing employees with an environment which nurtures this by allowing time to work on projects that may not necessarily or immediately contribute to the company’s bottom line.

You can also increase your own engagement levels by taking control of your career path.

Raise your hand when training and development courses you’re interested in pop up, talk to your bosses about picking up an extra responsibility or two to broaden your skill set or simply redesign your work structure so it fits you better. This could include adopting a flexible working arrangement, sitting in with different teams to expand your network and knowledge or taking on a mentor or mentee role.

And don’t forget to check out this list for inspiration on how you can boost creativity at work.

Are you one of Singapore’s ideal employers?

The 52 year old marketing and sales executive was found guilty of accepting cash bribes of about SG$1.1 million between 2003 and 2..

Ungerer has succeeded Herbert Vongpusanachai to take on the role of the firm's managing director...

Is your busy colleague more important?

A busy schedule can increase your status, as people perceive a lack of free time as a symbol of prestige, research has found...

In today's edition of Bizarre HR, new research shows that husbands are least stressed only when their wives earn less than 40% of ..