Up the ranks: Hong Kong HR job moves at Tricor, Emerson and more

Effective March 2019, Sennia Yeung took up the reins as Group Human Resources Director at business expansion specialist Tricor Group in Hong Kong. Before this, she spent five years at Sun Life Financial as Assistant Vice-President of Talent Development and Engagement and then as Head of Human Resources.

From 2008 to 2013, she worked for insurance firm AIA as an Associate Director (group culture and synergy). She is an alumnus of the Sydney-based Macquarie Graduate School of Management.

In March, Chang Liu was appointed Group Director at COE Total Rewards, based in the Chinese capital of Beijing. He had four years of compensation and benefits (C&B) consulting experience at Mercer HR Business Solutions (2011-2015).

Following this, he worked as Lead Officer for International C&B at Qatar Airways’ global headquarters (2015-2017) in the Qatar capital of Doha.

In 2017, he joined Goldwind’s global headquarters as Group Senior Compensation and Benefits Professional Manager, prior to his most recent role with COE Total Rewards. 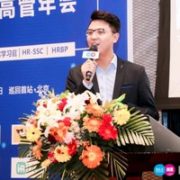 Before this, he worked six years at Hong Kong’s Shangri-La Hotel as a trainer, and before that, he cut his teeth at the Ritz-Carlton Hotel in a similar role. He holds a master’s certificate in human resources from Cornell University. 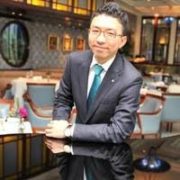 If you’ve been promoted or if you’ve moved to a new company, in Hong Kong or across Asia, let us know and we will announce your news here – just email
robertb@humanresourcesonline.net.

Whether your office friend is the 'mama shop' or the 'chatterbox', take some time to celebrate and appreciate them this World Frie..

Your weekly update on job movements in HR - featuring changes from Yonder Music, Louis Vuitton, Randstad, and many more...

Leading the way in first place is Singapore, followed by Korea, Japan, and Hong Kong in a measure of how well a country is develop..