The most unprofessional job applications you’ve ever seen

No matter how long you’ve been an HR professional, we’ll bet you have stories of poorly written and inappropriate CVs to add to this list.

In answer to a question on Reddit which asked, “Employers of Reddit, what is the most unprofessional thing you’ve ever seen on a submitted job application?“, hundreds of people shared their funniest stories.

Here are a few of the best.

“Domino’s Pizza application. In case of emergency contact: and he put ‘911’”
via [–]spunkychunkofbutter

“I was hiring a Project Manager to help out on a technology project. One of the applicants listed “World of Warcraft Guild Leader” with his guild name as the only item under ‘related experience’.”
via [–]Fluxxed0

“I wasn’t doing the hiring, but I handled the applications. It wasn’t that this guy said anything stupid on the app, it was that his mom literally filled out the entire thing for him.

“She even accompanied him to hand it in and tried to explain everything on it. Very nice handwriting on her part.”
via [–]lumdumpling

“I just got to see the application, but this one guy spelled both of his previous jobs wrong. He had previously worked at “McDolands” (McDonalds, if it wasn’t obvious), and “Mirjir” (Meijer).”
via [–]k-squid

“I’ve blurred out the details, but someone sent in a CV like this”: 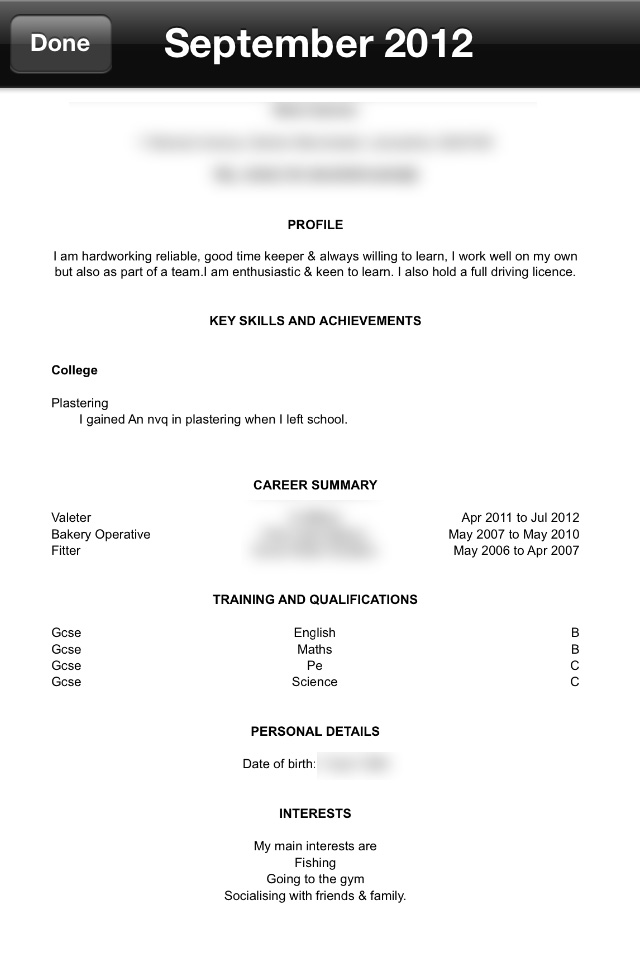 “And I mean exactly like that (minus the blurring) – they emailed us an iPhone screenshot of their CV.”
via [–]cube1701

“Smiley faces. Why on earth would you put smiley faces on your job application. The goal is to look professional, it isn’t to make me wonder if you’ve graduated high school yet.”
via [–]DkaMarieka753

“One applicant pretty much pasted the Microsoft Office software highlights into his resume as his qualifications. I Googled the phrases and it took me straight to the Microsoft site. I’ve also seen some interesting typos. My favorite is the one who had a Masters of Pubic Finance.”
[–]KellyAnn3106

Jim Carrey sums up following your dreams in 1 minute [VIDEO]

Work smarter: How to get out of the office on time

Discussions could arise with the new human resources minister on how to "properly" enforce the Persons with Disabilities Act. ..

Interviews can be a minefield for managers and candidates alike. Use these to really get to know how a potential employee thinks...

From resourcing humans to investing in them