Talent shortage – like in many other Asian countries, this is considered a concern for employers in Indonesia. In fact, it is the number concern highlighted, according to a majority of local employers analysed (50.4%) in RGF International Recruitment’s Talent in Asia report.

The second most common concern is a low hiring budget (19.2%), followed by a struggle to find culturally-aligned talent (13.9%).

Further, bilingual talent with fluency in both Bahasa Indonesia and English are also in high in demand, though hard to come across, especially for highly technical roles.

In light of these challenges, employers are looking at more ways to first improve the experiences of employees from within. For instance, promotion from within is considered key, as is the strengthening of internal recruitment teams.

The report also found that HR teams have to work cross-functionally and strategically as both a partner to the business and to come up with long-term talent plans. At the same time, professional networking sites and traditional job boards are still important sources of reaching talent. 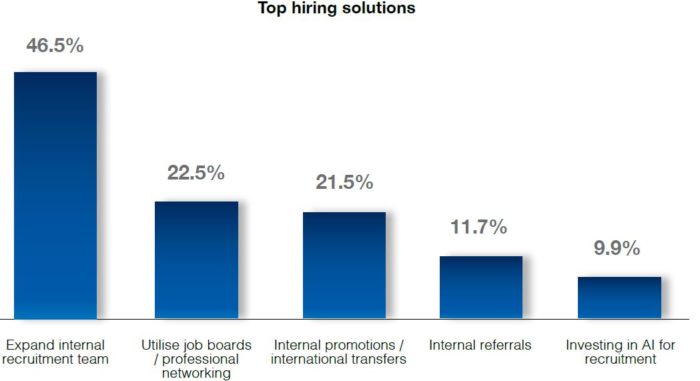 The candidate’s perspective – Most desired industries, factors considered, and more

As Indonesia continues to pursue foreign direct investment, regions such as Jakarta expect to see quicker development of infrastructure, which would thus increase the demand for civil and structural enginners.

Further, with greater investment in e-commerce and digitalisation, tech talent will also be high in demand. At the same time, technical expertise in quality control roles will also be increasingly sought after, with closer attention to operations in the country.

As such, as per job candidates surveyed, the top five industries Indonesian talent desire to work in are:

Additionally, when seeking job employment opportunities, 90% of these talent expect a salary increase when switching jobs, while the average increase expected is 22%.

That said, they also do pay attention to other important factors.

Here, fair and market-competitive compensation is considered the most important factor in evaluating an employment opportunity (76.5%), followed far behind by top-calibre colleagues (8.3%). 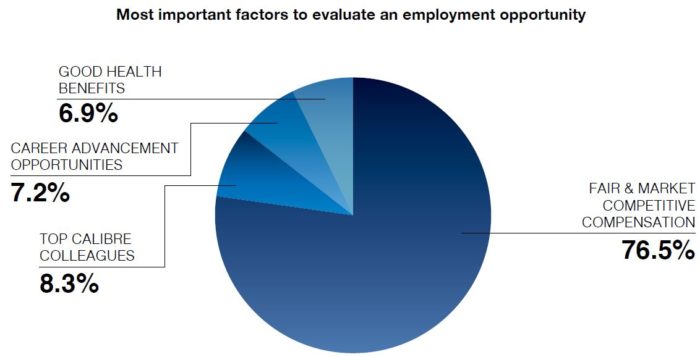 [Infographic] Which leader from The Lion King do you identify with?

55% of APAC executives are unhappy with leadership development programmes

Respondents cited a 'lack of executive sponsorship' as the largest barrier to successful implementation...

Boss threatens to sack staff who buy an iPhone

The patriotic boss in Hangzhou has also offered cash rewards of up to 2,500 Yuan for employees to switch to made-in-China phones...

Chinese smartphone giant to offer five times the salary of its competitors..

Shenzhen to give tax breaks to overseas and local talent

Shenzhen is set to slash salary tax from 45% to 15% to help transform it to a centre of global innovation..