If you thought cash is the most important driver of employee engagement, think again.

While money continues to be a driving force in feeling appreciated at work, other types of recognition can be just as—or more—important, especially among the changing workforce.

According to a survey of more than 1,000 U.S.-based employees conducted by BambooHR, employees are often likely to prefer status or recognition above money.

The survey highlighted 30% of employees would rather be recognised for their work accomplishments in a company-wide email from a company executive than receive a monetary bonus of $500 that isn’t openly publicised by a superior to their coworkers.

Among that 30%, the monetary value of public recognition was found to be much steeper.

Three out of four (78%) respondents said that the minimum amount of money that would make them choose to receive a monetary bonus (that isn’t openly publicised to their coworkers) instead is $2,000 or more.

Females however, were found to care more about the money than the recognition: 36% of males preferred to be highlighted in the email, compared to 24% of females.

Here’s an infographic of the survey findings: 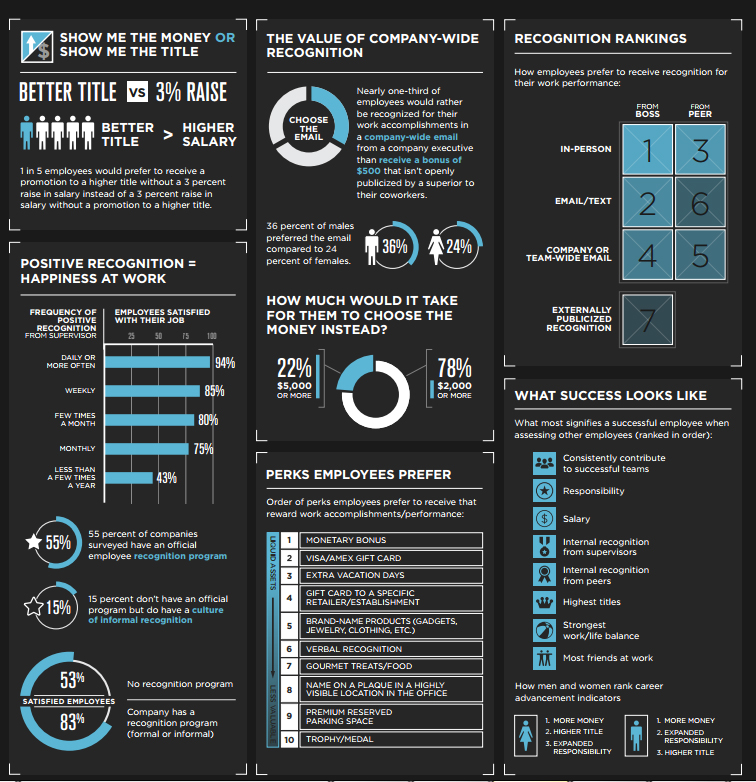 Malaysia tops APAC in increasing the number of female board members

More foreigners in Singapore were laid off last year

How better employee benefits can make all the difference. ..

Quiz: Is your workplace toxic, and what you can do about it

Think of this - does the thought of work stress you out? Do you feel overwhelmed at your workplace, or have a hard time disconnect..

The skills HR needs to be data-driven

In an exclusive interview, Anthony Bruce, partner at PwC, shares why HR needs to be curious if it wants to leverage on data better..

Women’s protests against being forced to wear high heels at work are gaining traction around the world...