Staff rate leaders a C+ for their job performance

Typically, performance reviews are conducted by leaders to assess employees’ performance. But what happens when the roles are reversed?

According to a new survey by Plank Center, polling 838 public relations executives and managers, there is a large gap between the way top leaders view their own job performance and how their teams rate them.

While these leaders earned high marks for work engagement, their ratings lagged in greatly in delivering job satisfaction, workplace trust, and culture.

While leaders gave themselves a relatively high grade of an “A-” on their job performance, their followers thought that their performance only deserved a “C+” grade.

An ethical orientation earned these leaders high marks, but their relationship-building skills, and team leadership capabilities were left lagging.

ALSO READ: Your employees don’t have faith in your leadership

“Employees may be upset about other issues in their lives, or unhappy with a recent assignment or work review. But closing the gap is nevertheless important because leaders influence all other issues in our study.”

Despite the poor ratings, these top-level leaders were found to be highly engaged in their work (60%), as well as had higher job satisfaction than other levels.

Engagement scores were highest among the high-ranking and long-service professionals, while women pulled off more engagement than their male colleagues.

The study identified three major gaps between PR professionals and their organisations, and possible solutions:

1. The perceptions of top leaders and followers. Leaders may often rate their own performance higher than do followers, but things do tend to look different (and better) from the top view. Leaders can reduce the gaps by increasing power sharing, strengthening two-way communications, and enhancing interpersonal skills.

3. Professional women and men. Women want their opinions to count for more, and they advocate for a more open communication climate.

Top-level PR industry leaders hold decision-making power over some inequities, such as pay and promotion, and can help to close the gaps by exerting their influence. 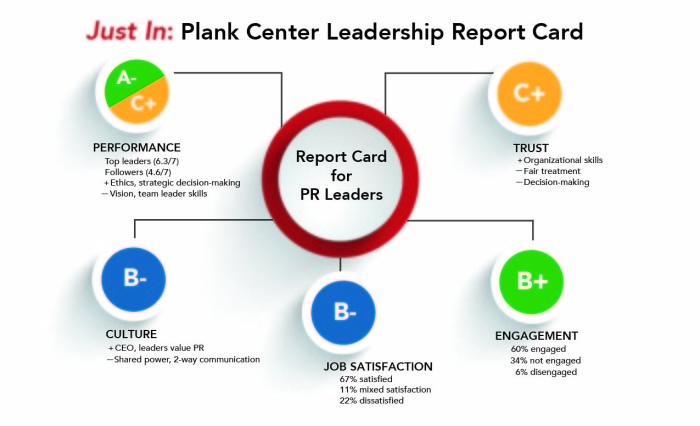 Are you meeting the expectations of your new hires?

The Walking Train Map will come in pretty handy especially when there are train delays and breakdowns on the various lines...

Creative salaries dropped in Malaysia last year, but employees in creative, marketing and digital roles are likely to prosper in 2..

The group also established its first large-scale Innovation Hub in Asia which will bring together software engineers, solution arc..

A survey by PayScale reveals which job titles come with the biggest ego, and how your confidence relates to your paycheck. ..