Female participation on the rise among Singapore’s labour force

Its key findings include:

The overall LFPR for male remains stable but there is a downtrend in LFPR for prime working-age males aged 25 to 54, on the other hand , more older men aged 55 and over have entered the workforce.

As for female labour, the LFPR continued to rise across the prime-working and older age groups. On the whole, the increase in  LFPR among older residents has slowed, with the report also seeing a decline among the young as fewer students were working. 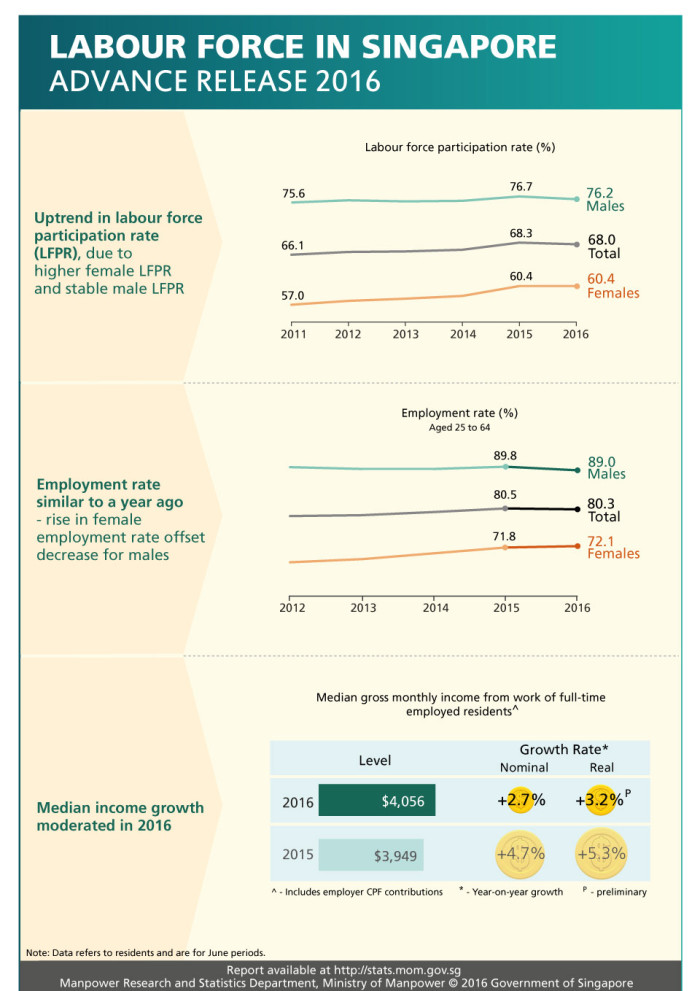 The unemployment rate for PMETs also rose to 3.1% in 2016, resuming its uptrend from 2012. While PMETs stood a better chance in employment than non-PMETs, this gap has narrowed in recent years. 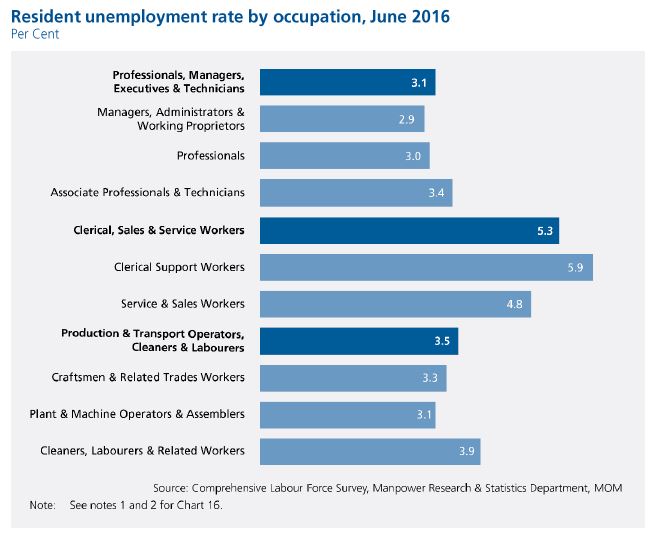 Real median income growth has moderated in 2016 with the nominal median monthly income (including employer CPF contributions) of full-time employed residents rose by 2.7% to $4,056 in June 2016, or 3.2% in real terms (after adjusting for inflation) year-on-year. This moderated from the increase of 4.7% (nominal) and 5.3% (real) in June 2015.

LeEco’s 10% staff cut plan: ‘These are not layoffs’

For best results, apply through experience

While on-the-job learning is undoubtedly the most effective form of building knowledge, this doesn’t always happen automatically...

Fresh graduates emerged as the happiest group, while the unhappiest demographic lay in the C-suite...

When pursuing the next step in your HR career, you might find yourself on the other side of the interview table. Are you ready?..

The Singapore and Myanmar MD reveals the beauty of empowering staff, and of linking HR with organisational goals...