The Worker’s Party (WP) has proposed a Redundancy Insurance (RI) scheme which aims to ease the financial pressure of retrenched workers in Singapore. Released on 12 December, the scheme calls for monthly contributions of 0.1% of monthly salary shared between employers and employees. If a worker is retrenched, the scheme will provide a payout of 40% of a worker’s last drawn salary for up to six months (up to a monthly cap of 40% of the prevailing median wage). 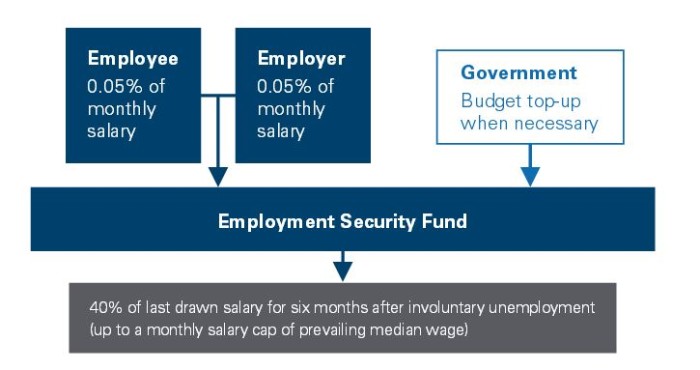 Additionally, self-employed individuals (including entrepreneurs) may also benefit from the RI scheme. According to the proposal, they will contribute 0.1% of their self-declared income to the scheme. These individuals will receive a payout of 40% of their average last drawn income for the previous six months (up to a monthly cap of 40% of the prevailing median wage) should they become unable to earn an income due to the involuntary winding up of their businesses, capped at one series of payouts every three years.

On a bigger scale, the scheme is meant to reduce the rate of underemployment. By reducing the anxiety or retrenched workers, it provides a longer runway for re-employment so that workers can better evaluate long-term fit and suitability.

The RI scheme will offer some degree of flexibility so workers may choose how they wish to receive the payouts. For some, they may have adequate savings to tide over the initial period of unemployment. They may choose to defer their RI payouts to a slightly later time to better prepare should their unemployment prolong. The scheme will have provisions so workers will have options as to how and when to receive the payouts.

Case study: How to cut attrition down to 9.3% by putting benefits dollars in the hands of employees

Singapore rises to world's 16th most expensive place for expats

Research shows flexible working is an ideal solution for those wishing to delay retirement without compromising on their freedom...

26% of employees who have telework flexibility say a better work-life balance is the top benefit of working outside the office...

Look for the silver lining in your office: The top 10 positive traits we see in others

Seeing the good in others really helps. A vast majority (93%) who have great personal relationships with their co-workers also bel..