It’s a popular task for HR – arranging flights to members of the organisation’s workforce being sent on assignment overseas.

It’s essential that part of making this a productive and satisfying trip is to select an airline that is safe, friendly, professional and – above all – punctual.

This year’s list by global data travel provider OAG for the most punctual airlines contains a number of surprise carriers in the top 10, most notably the airline that came in at number one: Garuda Airlines.

Indonesia’s national carrier topped the list for the most reliable on-time airline – with 95% of its flights operating within 15 minutes of schedule. 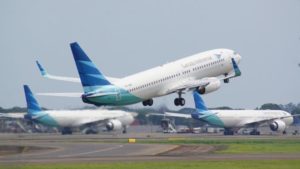 The comprehensive report is based on over 57 million flight records. Factors which affected an airline’s on-time performance include weather, technical glitches, air traffic congestion and maintenance issues.

The result for Garuda caps off a remarkable turnaround for the airline.

The Indonesian carrier suffered a hit to its reputation over the past decade or so after several safety incidents – most significantly a crash in 2007 of a Boeing 737 at Yogyakarta airport that killed 21 people.

Until 2009, the airline was on the European Union’s ‘blacklist’ of airlines not allowed to fly to member countries over safety concerns.

But since then Garuda has made remarkable improvements – including introducing new aircraft – and was rated the world’s 12th best airline in last year’s World Airline Awards in 2019. Garuda was also rated second for the best cabin crew, behind Singapore Airlines.

The private-sector pay in the second quarter of this year rose 1.7% year-on-year, while posting an almost 4% increase in real GDP ..

In another development, Sage partners with SHRI to launch a tech lab dedicated to advancing HR in Singapore and the region...

Just what did this man’s co-worker do to give him such a fright?..