In Asia, there is a lot to be proud of such as Prime Minister Shinzo Abe’s ‘Abenomics’ growth strategy in Japan which has a goal of having women in 30% of leadership positions by 2020.

And in Malaysia, Prime Minister Najib Razak launched the 30% Club to help achieve the country’s target of tripling the percentage of women on companies’ boards to 30% this year.

But there is some way to go, as Hays’ Global Gender Diversity Report 2016 shows.

Where three in five women in Asia (62%) aspire to reach a top leadership position in their career, 39% feel they don’t have the opportunity to communicate this ambition and sufficiently promote themselves in their current roles.

Women respondents in Malaysia demonstrated the highest ambition to reach MD/CEO level globally in order to feel successful in their careers (28%). 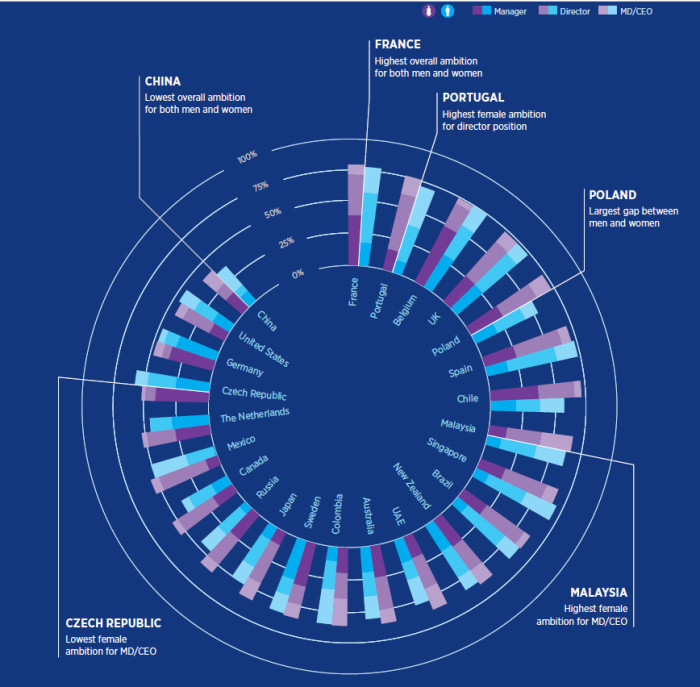 Can women self-promote at the workplace?

Less than half (47%) of women globally felt they have the opportunity to self-promote and communicate
their ambitions in the workplace, compared to 53% of men – implying this as an area regarded as difficult for both men and women globally.

Interestingly, the perceived ability to self-promote differed by sectors, where women in professional services felt most comfortable doing so (56%), while those in the public or not-for-profit sectors admitted difficulty in promoting their achievements. 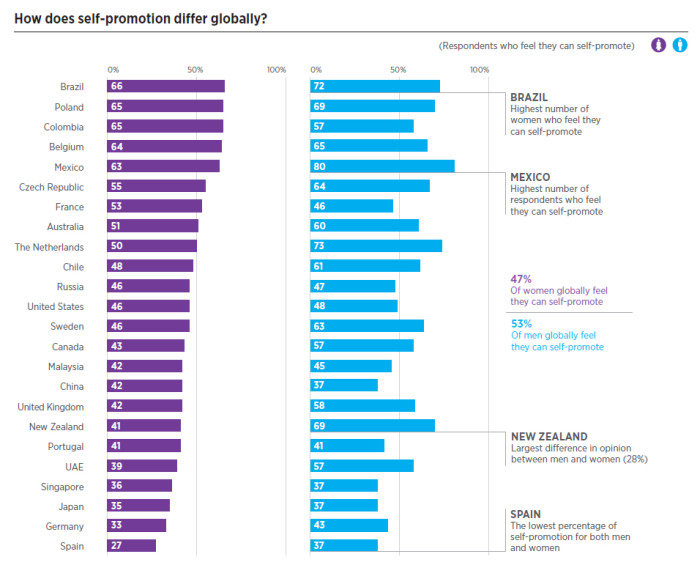 Which gender diversity polices are most popular?

Employees working in companies that have policies for gender diversity have more positive perceptions in three areas – self-promotion of achievements, equal pay among genders, and career opportunities.

Flexible working practices (33%) and education across the organisation to change workplace culture (23%) were nominated as the most effective gender diversity policies to have in place.

Gaining backing from the board around gender diversity issues (21%) and positive action for women applying for management roles or above (21%) were also regarded as effective. 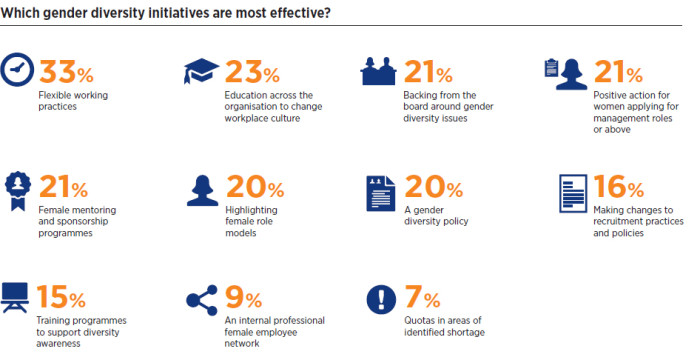 ALSO READ: Malaysia tops APAC in increasing the number of female board members

If you thought Millennials are tough to work with, meet Gen Z

LeEco CEO Jia Yueting admitted the company has been expanding "too fast" and has problem with organisational capabilities. ..

How much informal power do you have at work?

How strong is your power game? ..

This is why people love their jobs

You always hope your staff genuinely love what they do, but it’s nice to hear the reasons why they look forward to Mondays. ..

59% would leave their jobs for a less stressful one

More than two in five said their jobs fall on the more stressful end. The top cause of stress? Deadlines...