Would you offer a higher salary to an engineering graduate?

Companies in the United States love engineering graduates – so much so that they are willing to pay them an average US$136,000 by mid-career.

That was one of the key findings from a new report by Georgetown University Center on Education and the Workforce, which analysed career data from the U.S. Census Bureau for about 137 college majors.

Graduates with a major in petroleum engineering ranked the highest, with professionals between the ages of 25 and 59 earning an average of  $136,000.

In fact, the top 10 highest-paying majors are almost exclusively those in the engineering field.

Some of the most popular degrees were also the ones with the highest paychecks.

Business and STEM-related majors account for 46% of students’ majors, with starting salaries at $37,000 or more and moving to an average of $65,000 or more by mid-career.

On the other hand, early childhood education majors earned $39,000 annually in their mid-career, the lowest among college graduates. 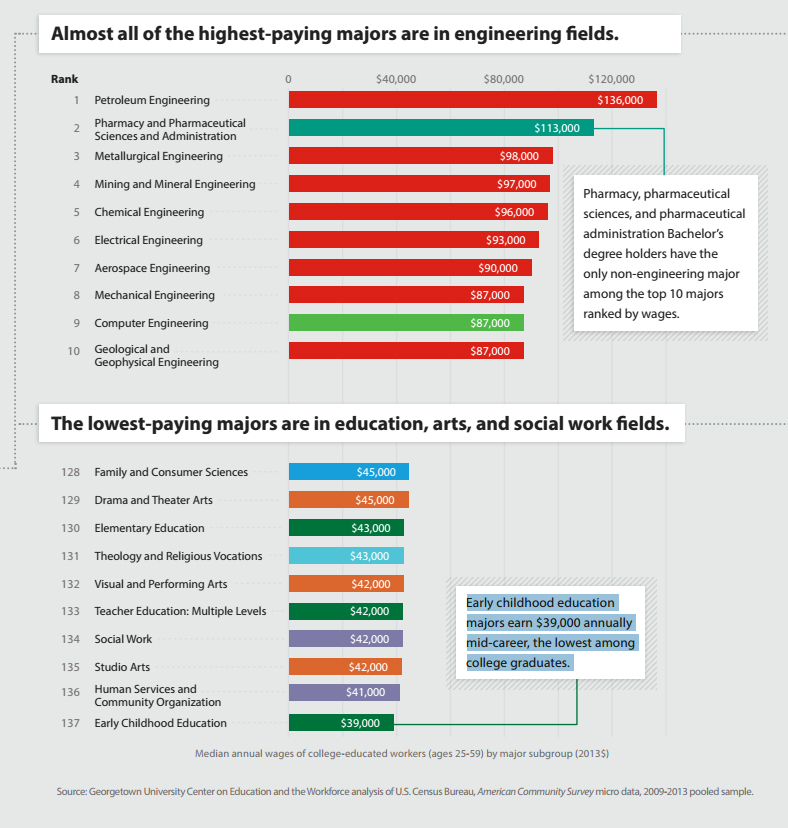 Adding a new element to the current debate about whether or not a college degree still matters in the workplace, the report found the choice of major one pursues has more of an impact on how much money one earns than the actual decision to pursue a degree in the first place.

Why HR should take up mentorship roles

The most attractive employers in Asia Pacific

The most desirable employers for young business, engineering and IT students in the region have been revealed...

Having snacks in the office is important to 88% of staff

April Fools’ Day jokes you can actually use

Just be careful you don’t take any of these mostly harmless pranks too far, otherwise the joke’s on you...