Despite the well established health benefits of physical activity, more than a quarter of adults globally (27.5%), or roughly 1.4 billion people, were insufficiently physically active in 2016.

According to a World Health Organisation-led study published in The Lancet Global Health journal, this represents only a marginal decrease from 2001 where 28·5% of adults globally are insufficiently physically active. In Singapore, 36·5% don’t get enough physical activity.

Of these 65 countries, the study found 37 with increasing levels of insufficient activity, whereas levels were decreasing in 28.

Countries with the largest increases (>15%) include Singapore, the Philippines, Brazil, Bulgaria, and Germany. On the flip side, the largest decreases (>15%) have occurred in Cook Islands, Jordan, Tokelau, Samoa, Myanmar, Solomon Islands, and Tonga.

The study also found varying levels of inactivity across regions.

In Oceania, 16·3% had insufficient physical activity, while 39·1% were inactive in Latin America and the Caribbean. 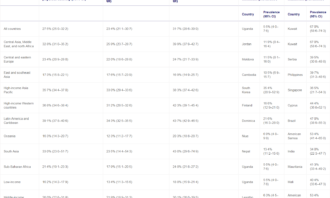 Prevalence of insufficient physical activity in 2016. 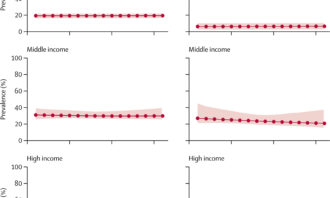 By gender, women were less active than men. In 2016, the prevalence of inactivity was 31·7% for women while only 23·4% of men were found to be inactive.

Across all regions, with the exception of east and southeast Asia, women were less active than men in 2016. There was a difference between sexes of more than 10 percentage points in central Asia, Middle East and north Africa; high-income Western countries; and south Asia. 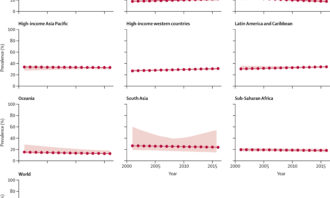 Trends in insufficient physical activity in men from 2001 to 2016. The shaded areas show 95% uncertainty intervals. 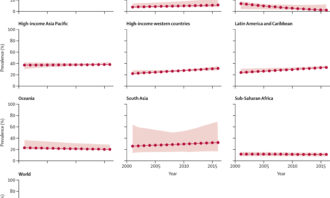 Trends in insufficient physical activity in women from 2001 to 2016. The shaded areas show 95% uncertainty intervals. 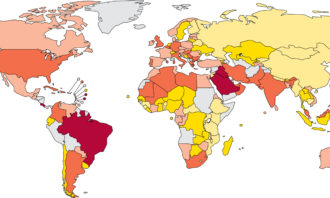 Country prevalence of insufficient physical activity in women in 2016. 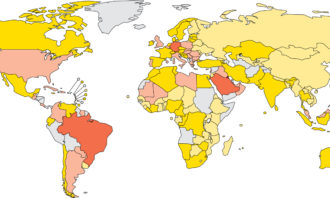 Country prevalence of insufficient physical activity in men in 2016

The study concluded that progress towards the global target set by WHO member states to reduce physical inactivity by 10% by 2025 has been too slow and is not on track. In line with that, it recommended countries to significantly increase in national action to scale-up implementation of effective policies.

Income equality has dropped to a record low, as the top 10% of Singapore's earners saw their income dip for the first time since t..

Case study: How Unilever made 410 promotions in 2 years

The firm's Asia HR head reveals how the Unilever Future Leaders Programme provides staff the key tools to flourish in the firm...

Most desirable industries for Malaysian and Singaporean talent to work in