Our employees may dedicate many hours to the workplace, often through very little choice, and, for some, the thought of going to work on a Monday morning can be a daunting prospect.

Sadly, it doesn’t stop there. According to new research by Benenden, employees’ health is being drastically affected by their jobs, thus causing a drain on overall productivity.

Among the 2,000 UK-based employees surveyed by OnePoll, 87% blame their workplace for making them ill, with 91% admitting it is no surprise that they feel tired at work constantly.

In addition, half of those surveyed (50%) said they feel depressed at work, and another three in five said they are kept up at night owing to work-related worries (59%).

Apart from the impact on overall employee morale, employers have a range of specific health issues to work about, wherein close to half of employees still coming to work despite being sick (46%).

Worse still, whether ill or not, employees complain of experiencing a range of health issues at work: 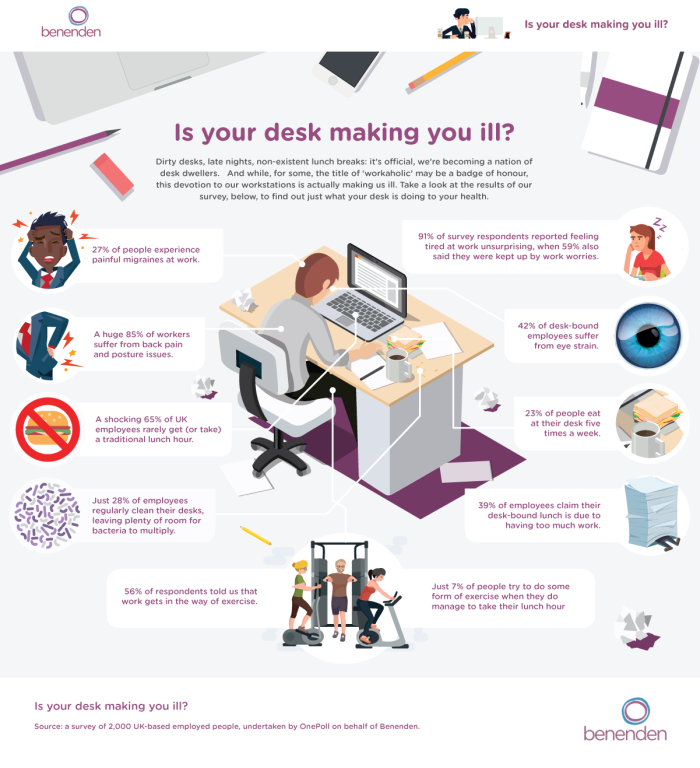 While this survey was conducted in the UK, the findings ring true for Malaysia, as one in three Malaysians are overweight owing to a majority of them leading largely sedentary lifestyles.

Herbalife’s Nutrition At Work earlier this year found that 86% of Malaysian workers spend at least six hours a day sitting at their desk, and an equal number exercise less than three times a week. About 70% of workers get less than 30 minutes of physical activity a day at their workplace.

Furthermore, some of them don’t even get away from their desks to get lunch – with five out of 10 workers admitting to eating lunch at their work desk.

Why is gender diversity in leadership still a huge issue for Singapore?

"2026 will be the age for specialists," says CK Mohan of Yum Restaurants

"Employees of the future will want a more flexible relationship with companies not only in hours, but in their employment arrangem..

ACCCIM secretary-general: low or no bonus expected in 2017

Not all companies will distribute bonuses to staff; only companies making profits will do so, Datuk Low Kian Chuan noted...

Datuk Liew Vui Keong revealed those whose contracts were terminated were among 17,942 hired on a contract basis...

On the flipside, before looking into virtual reality, employers should look into improving their digital capabilities...

To glocalise their talent pool, firms can explore talent from other industries having transferrable skills, he points out...