Lynas planning for a temporary shutdown of production in December

At the Lynas Corporation’s annual general meeting in Sydney on Monday (27 November), managing director Amanda Lacaze announced plans to halt operations at the its plant in Gebeng, Malaysia in December.

According to Lacaze, as indicated in Lynas’ quarterly report on 25 October 2018, the firm applied for an increase in the annual volume of lanthanide concentration that can be processed at the site in the 2018 calendar year.

As no approval has been given to date, the firm is planning for a temporary shutdown of production at the Malaysia plant in December to stay within the annual limit.

Lacaze, however, noted that the calendar year limit on the volume of material that can be processed resets on 1 January each year; thus, production will resume in the Malaysia site in 2019.

The news was shared among other Malaysian regulatory updates at the meeting. Lynas’ Malaysian branch employs 645 staff.

When Human Resources reached out to Lynas, a company spokesperson shared: “There will be no impact on employees as they will continue to do productive work at the Lynas Malaysia plant during this period.” 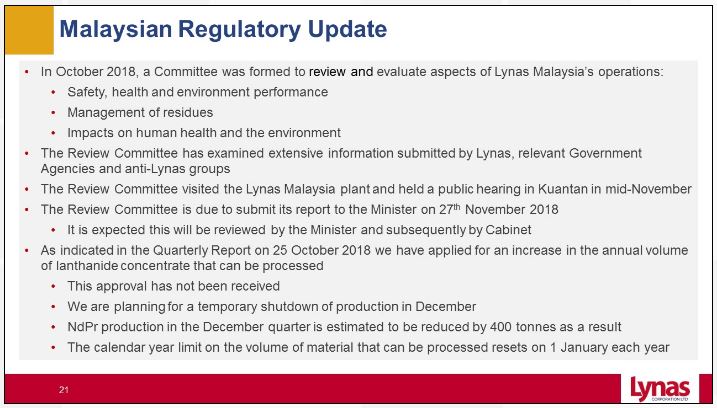 In a statement to Bernama, Kuantan MP Fuziah Salleh said the Malaysian government has yet to make a decision on the factory’s operations.

Fuziah said: “Personally, I am not aware of any application from Lynas to increase production of lanthanide at its factory here.

“If Lynas wants to shut down temporarily, that is their prerogative. Maybe to reduce costs or it is a marketing move to increase the margin of profit.”

She also noted that there are many public holidays in December in Australia where many companies close their operations in conjunction with Christmas and the New Year.

No new jobs in Hong Kong were secured directly through social media last year. Why are local recruiters hesitant of being more dig..

Why Hong Kong employees in their 30s are so childish

Have your employees also got an “I still feel like a child syndrome”?..

Why employees still doubt their CEOs

Global findings reveal leaders have some way to go in building trust among their employees. ..

The prime minister is scheduled to arrive at Dataran Perdana at about 8.30am and deliver a mandate to the JPM staff for the month ..

[Photos] How Zendesk’s APAC HQ is designed like a town, complete with a town square and private spaces

[Photos] How Zendesk’s APAC HQ is designed like a town, complete with a town square and private spaces