If you’ve been promoted or if you’ve moved to a new company, let us know and we will announce your news here – just email priyas@humanresourcesonline.net.

As of March 2019, Anu Ambikaipalan has moved up from Head of Employment Legal, APAC to the role of Legal Director, Employment – APAC at ride-sharing company Uber. She is based out of the company’s regional headquarters in Singapore.

Ambikaipalan joined Uber in January 2016 as Employment Counsel, APAC, before heading the employment legal team in October 2017. Prior to joining Uber, she was a lawyer with Ashurst, and a legal counsel at Telstra (Melbourne and Singapore).

Speaking to Human Resources on the focus of his new role, Tze said: “My immediate focus includes: Increasing attractiveness for the brand as an employer through strategic channels on its Employer Value Propositions; leveraging on Samsung’s existing in-house assets and technologies to boost HR analytics; and maximising engagement through internal branding, for greater drive to achieve business outcomes.”

Based in Malaysia, Tze brings with him years of HR experience in Maybank, and most recently Mah Sing Group where he was Head of People Strategy & Engagement.

Prior to this, Azzouzi was based in Malaysia as Head of Employee Experience & HRBP at Maxis, where he was responsible for people and organisational transformation initiatives.

Azzouzi brings with him extensive experience in digital and culture transformation, as well as organisational development. Before joining HR, Azzouzi has started his own departments and companies within and outside of the digital role, and has held senior leadership roles in both Europe and Asia.

Having held several roles at Alexander Mann Solutions for close to three years, with her most recent being Interim Head of Talent Acquisition, Lynne Sit has taken on a new role as Talent Manager Asia Pacific at manufacturing company Caterpillar.

She comes with talent acquisition experience at GE Healthcare, DKSH and more, and with some roles covering Asia Pacific. Sit is based in Singapore.

AXA Insurance, an insurance and asset management service provider has made the following leadership appointments to its Executive Committee, effective end February 2019:

Hayley Yap has taken on the role of Chief People Officer
She succeeds Priya Shahane, who has been appointed Global Head of Executive Talent Resourcing of AXA Group. Yap comes with over two decades of experience in human resources, risk and assurance, and strategic business planning and partnering. She was previously the Head of Business Execution for South East Asia, India, and Middle East at ANZ. She will continue to drive AXA’s strategic people agenda while aligning to its business objectives for growth. 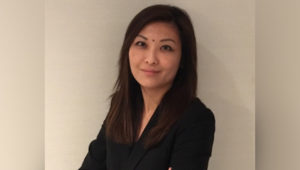 In his new role, Leong will be leading the commercial lines businesses of AXA Singapore. This is in addition to his current responsibilities as Country Leader, Singapore – Insurance for AXA XL, a division of AXA Group. His dual-roles will position him to drive development of and synergies in AXA’s commercial lines business across both AXA Insurance and AXA XL in Singapore. Kevin will be co-reporting to Jean Drouffe, CEO, AXA Singapore, and Craig Langham, Chief Executive, Asia Pacific, AXA XL. 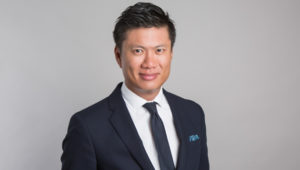 Juliet Khew has been promoted to Managing Director, Health
She will now head the newly created Health Strategic Business Unit, which will play a key role in AXA’s journey to partner its customers in various aspects of their lives. She will be responsible for driving the continued growth of AXA’s health business. Khew previously held the position Director, Commercial Health. 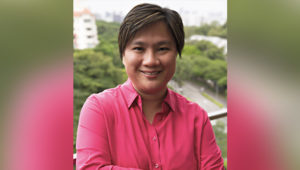 Mallis will lead CCL’s efforts to accelerate the leadership development and results of clients throughout the region, from multi-national corporations and government agencies to domestic organisations, while also contributing significantly to CCL’s global research agenda.

She most recently served as Singapore Country Director and Head of Executive Development for Management Development Services (MDS). Prior to that, she worked in Beijing for Accenture as Human Capital Strategy Lead, Asia-Pacific, following her service as a talent and organisation consultant for Accenture’s New York and London offices. 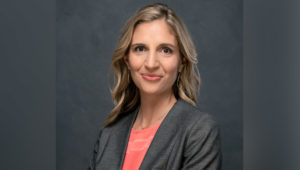 If you’ve been promoted or if you’ve moved to a new company, let us know and we will announce your news here – just email priyas@humanresourcesonline.net.

Construction employment grew slightly in Q1 2019, after 11 quarters of decline

“Responsible” is Singapore’s most overused word

Are you “responsible” and “strategic” and “effective”? If you’re using these words to describe yourself in online profiles, 2014 w..

Up the ranks: Peta Latimer takes the helm of Mercer Singapore

HR job moves from Moody’s, Bank of China, Sheraton and many more