A just-published list of the most sought-after companies in Hong Kong has revealed tech giant Google is the company the people surveyed would be happiest to work for.

The search engine’s rival, Apple, came in second spot with luxury watchmaker Rolex third, possibly boosted by its long association with golfer Tiger Woods, who had a heroic victory at the US Masters earlier this month.

The new rankings, courtesy of analysis from the YouGov BrandIndex, were based on a reputational score gathered over 12 months, with Google the emphatic winner with a score of 40.9 – way ahead of its nearest rival with 29.1.

The top 10 was dominated by digital and luxury brands with WhatsApp (sixth) and Facebook (seventh) both making the list, while Four Seasons Hotels and Resorts grabbed fourth spot. 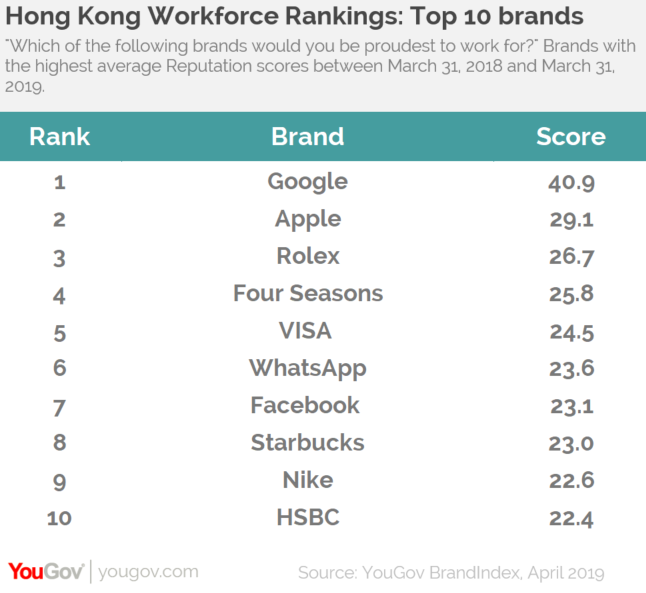 In terms of the big improvers for employee desirability, airlines dominated with no less than five appearing in the top 10. Cathay Pacific was the highest, ranking third – with Cathay Dragon, Emirates, Singapore Airlines and Hong Kong Express also featuring.

The only firm to make both lists was financial giant HSBC, which came in 10th in the popularity stakes and fifth for most improved. 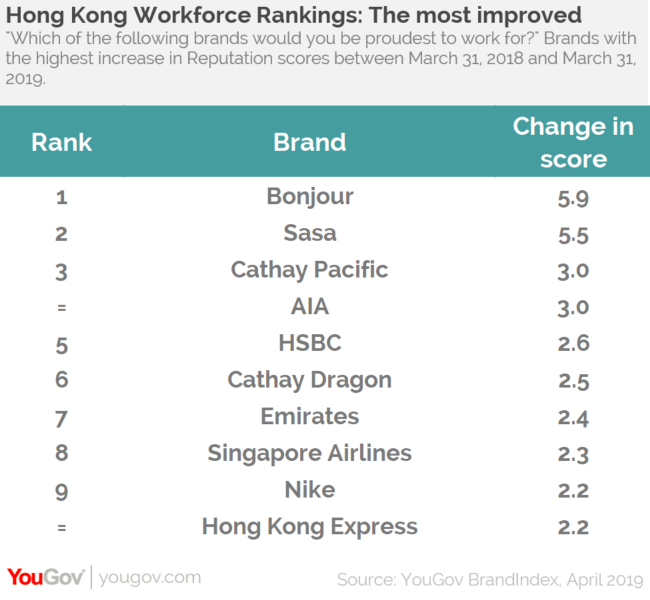 According to Ervin Ha, head of data products at YouGov APAC: “The prevalence of tech brands in the top ten shows that many Hongkongers want to work for innovative and forward-thinking employers – particularly Google who takes the top spot. Being a brand people would be proud to work for is a good indication of positive brand health.”

The recruitment company strengthens its local operations with promotions for both Sharmini Wainwright and Richard King. ..

The cheat sheet to creating a digital workplace

Presently, just over one in five (23%) companies provide customised, mobile applications for the workplace. ..