Malaysia may be topping the charts for how gender diverse its boardrooms are, but it looks like room for improvement still exists when it comes to closing the entire spectrum of gender gaps in the country.

According to The Global Gender Gap Index by the World Economic Forum, the nation ranked 111th out of 145 countries this year, falling four places from 2014.

While it fared well in the economic participation and opportunity category (coming in at 95th place), it ranked poorly in the political empowerment category, only securing 134th position globally.

The report noted more, in fact, could be done to improve the gender gap levels globally.

“The slow pace of progress in bridging the gap in economic opportunity between women and men means that women are only now earning the amount men did in 2006, the year that the Global Gender Gap was first produced,” the report stated.

“Extrapolating this trajectory suggests that it will take the world another 118 years – or until 2133 – to close the economic gap entirely.”

With no one country having closed its overall gender gap, Nordic nations remained the most gender-equal societies in the world.

As last year, the leading four nations are Iceland (1), Norway (2), Finland (3) and Sweden (4) – with Norway overtaking Finland. Denmark (14) and Belgium (19) slipped out of the top ten while Ireland (5) gained three places.

In Asia and the Pacific, the Philippines (7) remained the region’s highest-ranked country, followed by New Zealand (10) and Australia (36).

“These nations are regional outliers as no other nation from the region is part of the top 50,” the report stated.

China’s (91) overall score and rank slightly decreased due to a further drop in the sex ratio at birth. Indonesia (92), Japan (101) and India (108) have all improved compared to last year on their overall score despite some losses in their economic scores.

Korea Republic (115) gained two places this year due to an increase in the Economic pillar. 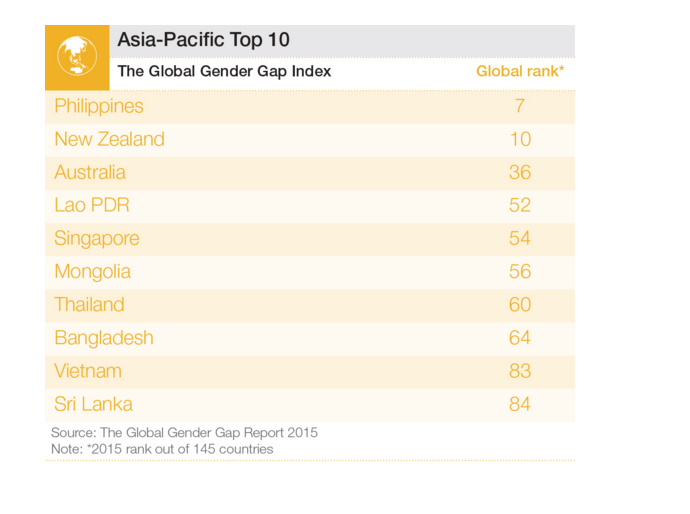 Microsoft's attempts to improve its diversity figures might be failing

How your email signature could speed up your work

In a Twitter thread that has gone somewhat viral, Martin R. Schneider reveals the the sad solution to a co-worker's problems...

Are “coffee naps” the next productivity hack?

While you can't control how much sleep your staff get at home, you can help them catch up on it in the most effective way possible..

Managers who have failed to ensure the safety of workers can now be fined between 30% and 80% of their annual salary. ..