Demand for MBA grads in APAC 2nd highest in the world

MBA graduates are becoming all the rage among recruiters in the region, as companies expand businesses and focus on attaining growth.

According to the 2015 Corporate Recruiters Survey by the Graduate Management Admission Council (GMAC), the demand for MBA graduates in Asia Pacific has increased by 6% in 2014 to 75% this year.

Drawing responses from 748 employers in 47 countries, the report found this increase was in line with its global findings.

Among the different regions, the demand for MBAs in APAC was one of the highest, second only to the United States (92%). Latin America was tied at 75%, while Europe followed at 56%.

“When companies express a focus on growth, it appears they return to MBA hiring,” said Sangeet Chowfla, GMAC president and CEO.

“Whereas in the past, when priorities such as managing the enterprise or cost control were foremost on a company’s agenda, employers appeared to favour hiring more specialised graduates,” he added.

ALSO READ: The best MBA programmes in the world

The report also looked into the salary packages employers plan to offer to MBA graduates in their companies.

One quarter (26%) of companies in the Asia Pacific region stated they plan to increase MBA base salaries above the rate of inflation, putting them ahead of employers in the United States and around the globe. 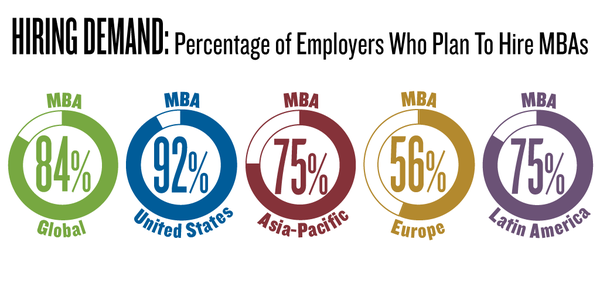 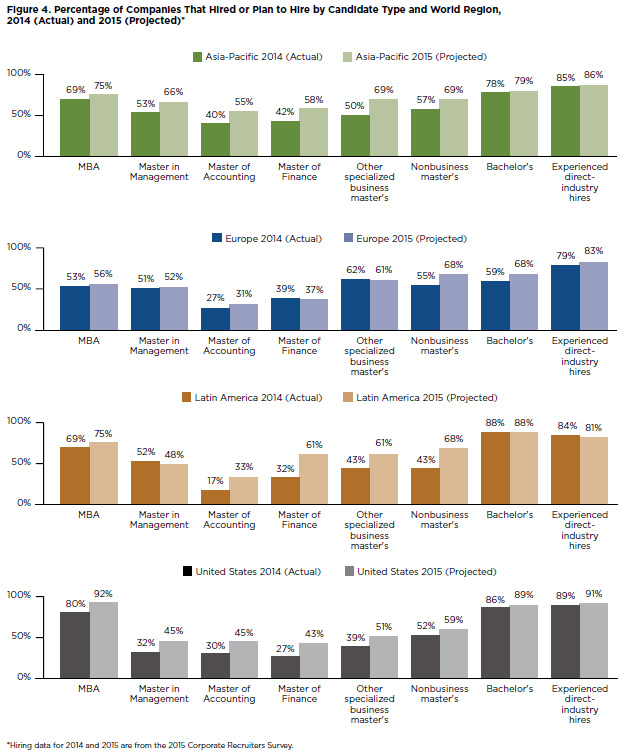 Bosses in Singapore to get training in HR skills

Due to lack of data, staff are digging for more information themselves, with HR taking the lead, followed by the arts and IT secto..

In these environmentally challenging times, art can help spread awareness by being a tool of information, education, and community..

The 10 best companies for leadership in Asia

The top organisations are skilled at both "exploring" new ways to market themselves and "exploiting" and improving existing servic..

Get to understand the organisation's top performers better with these questions, to keep them from jumping ship...