In comparison, an IT project manager in Malaysia earned more than their counterparts in the Philippines, Indonesia, Vietnam and India but much less than the ones in United States, United Arab Emirates and Hong Kong.

In 2016, a 4.7% increase is projected, pegged at RM8,496 – the lowest growth rate in eight years. These findings are from a new report by National ICT Association of Malaysia (PIKOM), in collaboration with Jobstreet.com.

The report noted Malaysia’s ICT sector has showed resilience, in the light of challenging economic factors, such as the slowdown of the economy, the drop in the prices of crude oil and commodities, the depreciation of the Ringgit, and the implementation of the GST.

Middle level as well as senior managers registered the highest salary increases in 2015, at 6.3% and 6.2% respectively. Fresh graduate saw a rise in entry pay of 4.7% over 2014.

Among sector-based salary for ICT professionals, the construction/building/engineering industries posted the highest AAGR of the average monthly salary of ICT professionals from 2009-2015 at 8.8%, followed by education (8.6%); automotive/heavy industry/machinery (8.5%) and electrical and electronics (8.5%).

Not surprisingly, the oil/gas/petroleum industry which has been experiencing a downturn, registered an AAGR of 4.7% over the same period and a 2.9% year-on-year growth in 2015. However, it was also amongst the top five paying industries by job category.

When benchmarked against Asia, United States and Middle East, Malaysia continues to lag behind in terms of salaries, a key factor contributing to the brain drain in the ICT sector.

The Purchasing Power Parity Adjusted Criterion benchmarking scale in 2015 showed that the average monthly salary of an IT project manager at entry level in the United Arab Emirates and United States was respectively, 2.18 and 1.5 times more than in Malaysia.

The average monthly salary of an entry level IT project manager, in Thailand, Hong Kong and Singapore, was 1.95 times, 1.88 times and 1.38 times, respectively, more than in Malaysia. 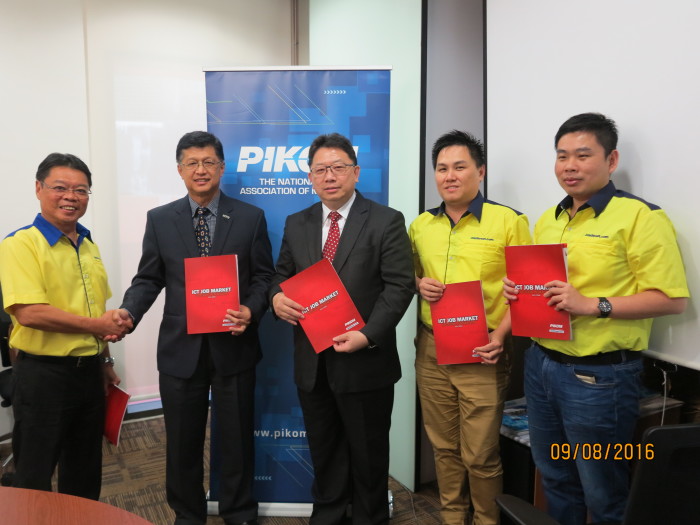 The Futurist: MasterCard's CHRO on employer branding for Millennials

This one thing could be affecting how much money you make

Research has shown being attractive pays, but what exactly is it about your face which could land you a higher salary?..

Employees who use a pedal desk have reported improved insulin responses to a test meal, new research shows...

What Hong Kong’s labour force will look like in 2046

Drop in workers expected as Baby Boomers head towards retirement, with the government predicting a workforce of 3.1m by 2046...

How-To: 10 ideas you can adopt to help #BalanceForBetter

These include adopting a ‘blind recruitment’ strategy, developing female talent, and treating gender equality like any other busin..