4 tips for increasing gender diversity at the workplace

Diversity in workplaces has proved to be beneficial for an organisation’s bottom line with gender diverse firms earning 15.4% more than their sexist counterparts.

Despite lots of talk around the issue, firms in the APAC region are still struggling with gender diversity especially when it comes to the boardrooms.

A change of attitudes, career enablers, women in key roles, and a champion of change were a few of the tips for increasing gender diversity brought up during the ‘Women in Leadership & Society- Half The Sky, Half Way There’ panel moderated by Deepshikha Kiyawat, Sector Marketing Director APAC Kimberly-Clark at the IIMPACT conference last Saturday, 9 April 2016.

Panelist Nayantara Bali, IIM’88 batch and former VP, beauty and hair Asia Pacific at Procter & Gamble pointed out: “This (gender diversity) is one of those things where there’s a lot of talk, but not a lot of action.

She said: “I think the topic is discussed at a very superficial level. Obviously there’s the issues of infrastructure and life stage. There are so many issues, but I think we are not going deep enough.

“In companies like Procter & Gamble, where there’s huge awareness and efforts in recruiting, particularly in Asia where we have made huge progress in getting the gender ratio close to 50% up to the middle management level.

“Then we got stuck, we just couldn’t move the needle beyond that, when we got to senior management, at best, we would get to 25% or 30%. There was basically an assumed thing that we can’t really get better than this because at that level, the women are having children and it’s natural that they are dropping out of the workforce and there wasn’t really that sense of urgency that something has to be done about it.

“We took a deeper look into it and found that women were not leaving, they were just getting promoted at a slower rate. At first we thought that they were getting rated differently, but the ratings were the same. Then we found that whether you’re a man or a woman, to rise to a highest levels of the organisation, you need to have what we call certain crucible roles in your assignment history.

“Crucible roles are roles which are very visible, important to the corporation and well resourced. If you don’t have that kind of roles in your career history, you’re not going to rise, whether you’re a guy or not. Women were found to be getting a significantly less than fair share of those kind of roles.

“Either because they were not putting forth themselves, or management and people decision makers were unconsciously and sometimes even in a well-intentioned way excluding them from the roles. That then gave us a different kind of focus on what we should do.”

Pradeep Pant, former president (APAC & EMEA), Mondelez added:”I feel that things have got to be done at 3 levels – government, corporate and at home.”

Pant said: “Firstly at the government policy level – there has got to be a mandated law for a percentage of positions on a board that have to be held by women. I believe that paternity leave has to be mandated and people must be asked to take the leave and not run away from it. I believe that there needs to be legislation for equal pay.

“The second thing is policy change at the company level. I have seen boards  in my previous company with 2 initiatives which are very effective. One, we had very clear diversity targets and linked to those targets, was a kicker to your annual bonus. If you deliver your diversity target, you actually got a kicker on your bonus which was fantastic.

“The second initiative which I saw was for any person, for any working woman too, mobility was a very important part of it. At the policies in most companies which encourage women from either families where both spouses are working and/or the women have kids or even older parents to look after, the policy were not very conducive to encouraging moving around.

“There was a case where this lady wanted to continue to live in Beijing, was happy to travel as much as needed, as long as her base remained there. Companies have to start encouraging that kind of flexible policies.

“But, the single most important thing that needs to be fixed is the stuff at home. Till we change our attitiudes at home and stop looking at the women in the house not only as a potential leader and breadwinner, but in addition somebody who is going to be a mother and homemaker while we guys are having beer and watching football.

“I think the guys have to start doing some of the lifting and until that changes, I don’t think corporations are going to change.”

Dr. Saundarya Rajesh, founder, AVTAR Career Creators added that the most important thing for an aspiring woman leader is her own intention.

“We have a career enabler theory that says  if you have all these elements which are part of that ecosystem, then a woman’s career can be salvaged. We always talk about women returnees, and the thing about returnees and refugees is just that few alphabets in between that are different.

“The key thing I realise is that of all these career enablers, there is one point that a woman should keep in mind which is her own intention, her being able to say that ‘somehow I am going to make this happen’.

“Yes, I agree that it can be tough, but if she says that it’s going to happen, I think that there is no other force that could prevent her from rising to the fullest of her potential.”

Anthony Rose, CEO of House of Rose Professional is of the opinion that in order for there to be gender diversity in an organisation, there first has to be a person who is willing to step up and champion that change.

He said: “It’s interesting that we sit and talk about diversity. If you talk about companies, I can tell you that out of the 170 companies that participated in the summit that came about from the book – Break The Ceiling, Touch The Sky – we can tell you with certainty, the passion and level of gender diversity in those companies, all of them have a common template, they have a gender diversity, an inclusion cell, they have a mentor, inclusion with recruitment, policies.

“But the biggest thing that is missing, is the purpose and the person – the champion of diversity in those companies – where ever you have a champion for diversity, you will see magic happening, the resources come, the connections come, magic begins to happen and it all starts with one person.” 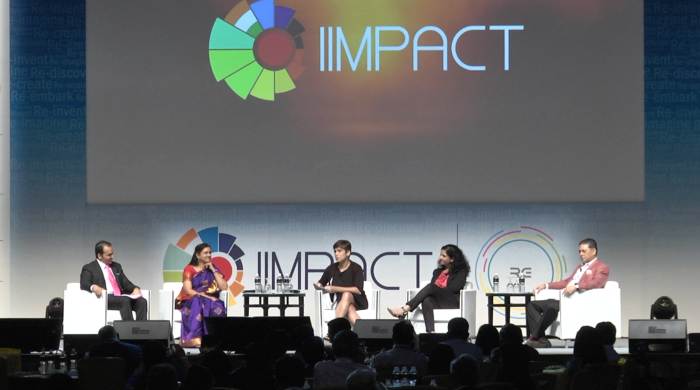 The EPF reinforces that any schemes mentioned by by Sarawak Report would not pass its robust governance framework...

The changes are geared at lifting the threshold for acquiring a job, with candidates needing a Bachelor's degree or above. ..

The Futurist: How Kelly Services boosts productivity through work-life design

63% of APAC firms struggling with hiring, retaining and developing talent

Staff turnover, specifically, is a key issue, with 54% of APAC bosses citing it as problematic - higher than in the US, and Middle..

Women on boards: How Singapore, Malaysia, Thailand and Indonesia fare

While gender diversity is generally improving across Asia, the region still trails the global trend - in particular, women hold 9...