The most unusual holiday gifts exchanged at the workplace

Turns out the season for workplace holiday parties isn’t as merry as one might think.

In fact, these parties can make for some pretty awkward moments between co-workers – especially when it involves giving gifts.

For CareerBuilder’s annual holiday survey, 3,602 workers and 2,326 hiring managers across the United States shared the most unusual gifts they’ve received from a co-worker during the holiday season.

While many gift-bearing workers stuck to more traditional holiday offerings, such as ornaments, candy and gift baskets, others got a little more creative with their definition of the word “gift:”

The survey also delved into how many workers actually planned to buy such gifts for their colleagues.

ALSO READ: Your guide to being Secret Santa

More than two out of 10 (21%) of workers said they wanted to buy holiday gifts for co-workers and 20% planned to buy a gift for the boss.

But if staff don’t want to receive such unusual gifts, what exactly do they want?

A new survey by font talent, surveyed industry professionals across Hong Kong, Malaysia, New Zealand and Singapore to check out the most desirable Christmas gifts this year.

It stated talent could be perked up over the Christmas period with company gifts such as cash (36%), a nice Christmas meal on the company (27%) or an extra day off (22%).

Thankfully, 56% of respondents said their company will be swapping presents or partaking in a Secret Santa activity. 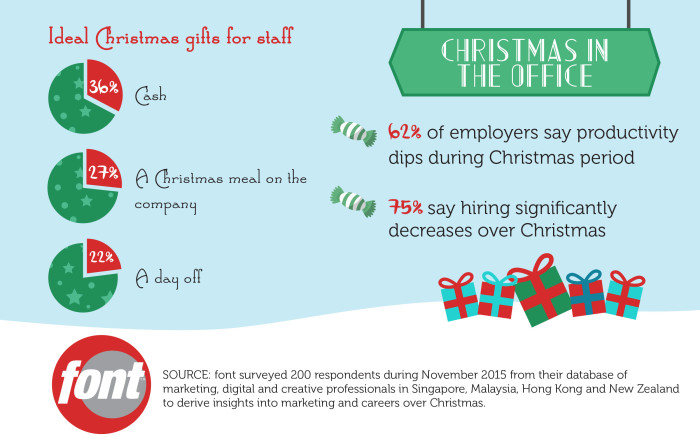 6 ways for Asian leaders to build collaboration and agility

VOTY 2015: The best employer branding consultants in Malaysia and Singapore

Are your employees drinking enough water at work?

Even mild dehydration can have a negative impact on productivity, energy level and alertness. Here's how you can ensure that doesn..

Yeoh Kim Hong, a Singapore PR and ex-cashier at the departmental store, had pleaded guilty to three charges of criminal breach of ..

He admits stealing the wallet from the interviewer, who happens to be the company's president, during a job interview...

Employers need to take action on employee health, and fast - compensation paid out by SOCSO has surged by 50% over the past five y.. 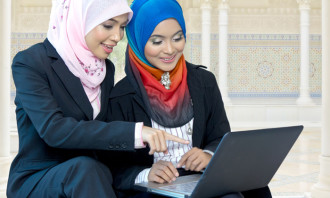 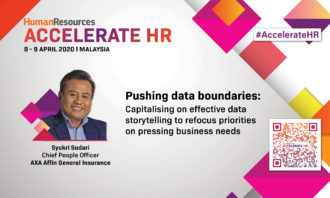 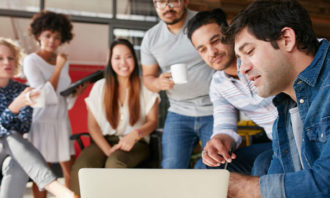 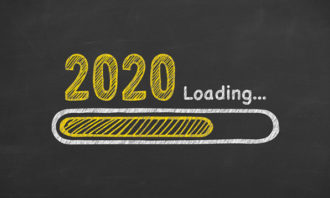 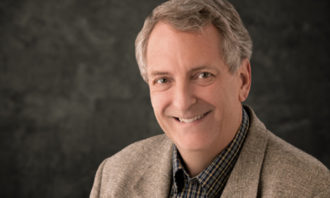