How does Singapore’s CPF rank on the global pension stage?

The results of the annual Melbourne Mercer Global Pension Index (MMGPI), now in its fifth year, has just been announced, and the issues of transparency and trust are in the spotlight. Neil Narale, Mercer’s ASEAN retirement business leader, highlights some of the findings and discusses challenges common to many countries around the world.

The MMGPI is published by the Australian Centre for Financial Studies (ACFS) in conjunction with Mercer and is funded by the Victorian State Government. It covers 60% of the world’s population, having grown from 11 countries in 2009to 25 this year.

The Index looks objectively at both the publicly-funded and private components of each system as well as personal assets and savings outside the pension system. It measures the 25 retirement income systems against more than 50 indicators under the sub-indices of adequacy, sustainability and integrity.

Singapore maintained its ‘B’ rating in this year’s Index and continues to be ranked number one among Asian countries. This strong performance can be attributed to its robust social security system – the Central Provident Fund (CPF) – which is the primary retirement vehicle for most of its citizens. The ‘B’ rating is largely driven by the high integrity of the system. In fact, CPF is ahead of many other social security systems in terms of its high level of transparency and communication with plan members.

However, to become an A-grade system, the CPF needs to address adequacy. Prime Minister Lee Hsien Loong has already announced changes that will be made to the CPF, including the Silver Support Scheme and more flexibility in drawing down pension amounts in the form of lump sums. Once these changes have been implemented, we can expect Singapore’s grade to move up.

However, it should be noted the lack of tax-approved group corporate retirement plans, investments in growth assets and retirement savings for non-residents continues to isolate Singapore’s system from other highly-graded systems.

When put into a global context, it is easy to see why Denmark is out in front. It has a well-funded pension system with good coverage, a high level of assets and contributions, the provision of adequate benefits and a private pension system with developed regulations.

“The lack of tax-approved group corporate retirement plans, investments in growth assets and retirement savings for non-residents continues to isolate Singapore’s system from other highly-graded systems.”

Once again, the MMGPI found there is no perfect system that can be applied universally around the world, but there are many common features that can be shared that provide better outcomes for individuals.

Many countries are grappling with the social and economic effects of ageing populations, and global comparisons can provide lessons for government, industry and academia. Average scores within the MMGPI have increased over time, suggesting pension reform is having a positive effect.  The average score for the 14 countries in 2010 was 61.7, compared with 64.3 for the same countries in 2014.

Trust and transparency critical for success in a changing world

Beyond the Index rankings, the 2014 MMGPI looked at trust and transparency in retirement income systems.  This issue is increasingly important, because if a community loses trust in a pension system, there is serious risk that it will become ineffective.

In many countries, the tide of accountability for ensuring financial security in retirement is turning from state and employer responsibility, to individuals.  This trend will continue as life expectancy continues to increase and governments reduce per capita expenditure on their aged population. With this shift, communication with members has never been more important – nor has it come under more scrutiny from members, regulators, employers, consumer groups, politicians and the media.

One of the most fundamental changes in pension systems around the world has been the move from employer-sponsored, defined benefit (DB) schemes, to defined contribution (DC) arrangements.

Traditionally, in a DC retirement savings system, individuals carry the risks and responsibilities for decisions relating to investments, contribution levels and the ultimate benefit format. Furthermore, members must be cognizant of developing a savings plan outside the DC system that fits their retirement goal. These issues make transparent communication imperative, if members are to increase their knowledge and appreciation of their funds’ operations and good governance.

The Singapore CPF – which has always been a DC retirement savings scheme – is decades ahead of many other countries. But although CPF does a respectable job in communicating to members, there is still room for employers to further educate their employees to help them improve their understanding of retirement concepts and how they might build an effective savings plan.

Although CPF does a respectable job in communicating to members, there is still room for employers to further educate their employees.

As individuals seek greater understanding about their retirement savings and investments, they will require and expect greater transparency about their pension plan. Relevant, timely information is paramount, and the more ‘valuable’ they perceive it to be, the stronger their emotional connection becomes.

While increased transparency is important, the difference between hard facts and conjecture must be made clear. For example, the information provided in the plan’s annual report or the member’s personal statement is factual, such as the plan’s assets, the past investment performance, the member’s current balance, past contributions and so on.

On the other hand, benefit projections are not factual – they are estimates of future performance. Although they can be valuable to members, they are based on assumptions, not accurate predictions. However, this should not be seen as a reason to avoid them. One approach is to link the development of benefit projections with the availability of web-based calculators, where members can vary the inputs.

The OECD good design principle suggests that plan members should have “free and ready access to comparative information about the costs and performance of different providers”. Whilst it would be desirable to have a standardised format showing items such as fees and investment returns (including some allowance for risk), there is considerable debate about the most appropriate way to present this information, particularly to members who have limited financial understanding.

An additional element underpinning members’ trust in the pension system is the question of what happens when there is a failure. Unfortunately failures will occur. Some may be relatively minor, such as an error in a member’s statement, whilst others may be significant events, including a major fraud, theft, mismanagement of funds or inappropriate financial advice. There is no doubt that the community’s confidence in the pension system would be threatened by such events.

Whatever happens, it is critical that members know they will receive reimbursement should their accrued pension benefits be diminished through illegal activity. Such an outcome is likely to require the intervention of a separate government agency or the regulator, but it should also improve members’ trust in the overall pension system.

The role of the regulator

A strong regulator in the private pension system is also a prerequisite for ongoing community confidence. Pension regulators have a critical role to play in not only regulating individual pension plans but also ensuring the government, policymakers and the media receive relevant information about the state of the pension industry. This includes the pension coverage of the workforce, the levels of contributions paid and benefits received, the value of assets, the asset allocation across the industry as well as some commentary about matters relating to costs, investment performance and governance.

A summary of the global position

The following table summarises the desirable features of a pension system that encourages transparency and trust and the number of countries within the MMGPI that require each feature to be met.  It is clear there is scope for considerable improvement around the world.

The pension industry must develop efficient methods to be transparent in meaningful and relevant ways to all stakeholders. There is now no alternative.

In particular, we recommend that the pension system must:

Such features will encourage greater trust and confidence in a system designed to provide retirement benefits many decades into the future.

The best and worst paying jobs for HK's fresh grads

Watch out for employees behaving badly

Case Study: How a new bonus plan led to Avnet saving US$300,000 yearly

Not only that, the new engagement bonus programme improved staff attendance by 6.2%, and halved the firm's turnover rate...

The Futurist: Expect the rise of the HR strategic partner in 2026, says Nora Mahbob

According to Willis Towers Watson, salary increases in APAC remain stable at 5.6% this year, slightly lower than the projected inc..

6 ways to hear your staff out

Make sure you're doing enough to get meaningful feedback and ideas from all corners of your organisation this year. ..

“Malaysia is on the brink of developed nation status. Committed as one, we can achieve this goal.".. 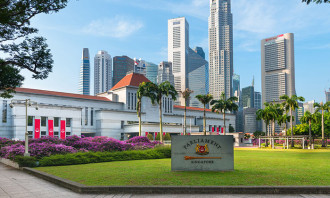 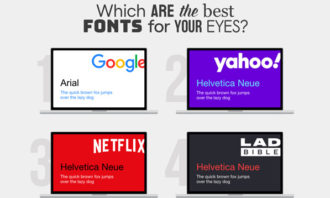 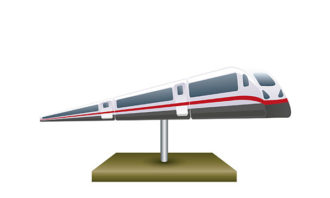 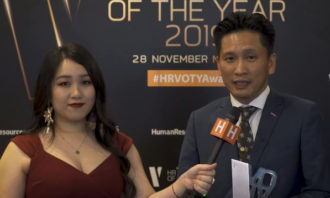 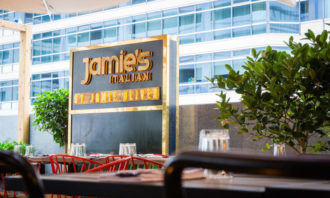