According to research on nominal wage growth by Mercer, a majority of the Asia Pacific’s emerging economies are forecasting higher salary increase percentages for 2017 than 2016, with projected rises particularly bullish in India (10.8%) and Vietnam (9.2%).

Financial hubs Hong Kong and Singapore are forecast to see a 4.2% and 4.1% increase, respectively. Japan is forecasted to receive the lowest increase of 2.2%, followed by New Zealand (2.8%) and Australia (2.9%).

Notably though, real wage growth (salary increase minus inflation rate) has also been steadily rising in the region, given that inflation is at its lowest for most countries. The strongest push in forecasts is likely to come from the life science and chemical sectors.

Amidst increasing volatility and uncertainty in the economy, the Asia Pacific region stands out as an outlier to the developed world. Asian GDP in 2017 is forecast to be an average of 4.2%, while prevalent inflation rates are projected to be just over 3% in 2017, marginally ahead of the global average.

In some countries – China, most notably – the highest-ranking executives out-earn their peers in the US and UK, although this picture changes once long-term incentives (LTIs) and European social security benefits are factored in. Talent scarcity plays a major role here, and there are extremely high premiums to be gained by those people with the right skills, in addition to local language expertise.

Puneet Swani, partner and growth markets talent leader at Mercer said, “Changing business models and restructuring in the financial services has meant that the sector may not be hiring at rates seen in the last three years, but we continue to see highest level of pay increases as retaining high-performing talent has become even more critical.”

In this regard, companies in Asia Pacific are focusing more on benefits, developing differentiated employee value propositions to appeal to the different employee segments. For example, in Japan and Korea, there is an increased focus on long-term incentives coupled with retirement benefits, where the average age of employees is 45.

There is also an increased focus on flexibility in benefits and more learning and development opportunities for the younger workforce in markets like India, Indonesia and the Philippines. 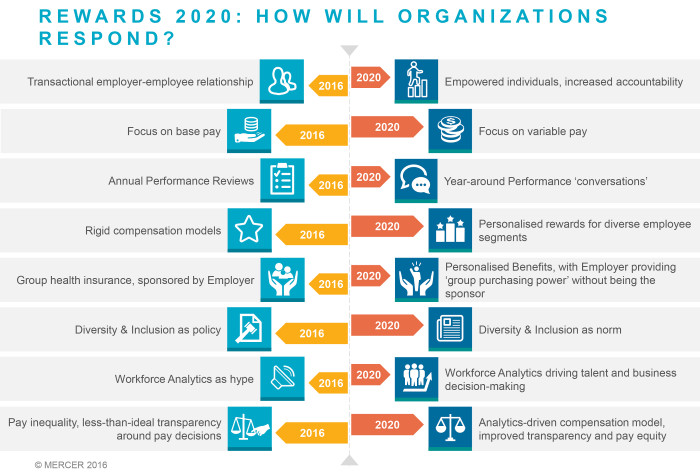 The research revealed doubt-digit employee turnover rates in almost all Asia Pacific countries, with the exception of Japan and New Zealand. Voluntary turnover rates have continued to increase year-on-year.

The rising numbers represent a challenge in terms of replacement costs in the form of higher salaries for new joiners, recruitment costs and lost production, all of which adversely impacts overall cost of operations and margins that are already under close scrutiny.

Close to half (48%) of companies in Asia report having difficulty filling-in vacant positions, as compared with 38% of the companies globally struggling to find the right talent to fuel their business expansion.

78% say recognising others makes them want to work harder

From recruitment to onboarding and performance management, HR teams are increasingly relying on technology to optimise workflows a..

New parents will now have 26 weeks of paid parental leave, up from 16 weeks for mothers and two weeks for fathers previously. ..

Why Hong Kong employees in their 30s are so childish

Have your employees also got an “I still feel like a child syndrome”?..

The scheme, scheduled for 2018, aims to provide financial aid to jobless and under-employed Malaysians. .. 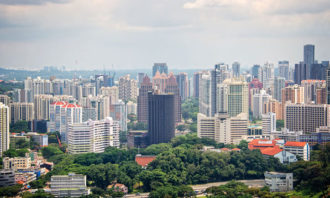