Re-employment age in Singapore to be raised from 65 to 67: PM Lee

After much speculation regarding the age at which staff should be offered re-employment, Singapore’s Prime Minister, Lee Hsien Loong, finally announced formal changes to the country’s current re-employment plan at the National Day Rally 2015.

“We will pass legislation to raise the re-employment age from 65-67,” Lee announced, receiving a round of applause from the audience.

The change will come into effect by 2017, he added.

This announcement, Lee explained, was part of a “sneak peek” of a new action plan led by Health Minister Gan Kim Yong, which will hopefully “make Singapore a model for successful ageing”.

Currently, firms are required to offer re-employment to eligible workers when they turn 62, up to the age of 65.

Lee explained that he had encountered various instances of people telling him they wanted to work longer.

“I reply ‘yes, I agree fully. We need to do this, but at the right time’. We must give our companies time to adjust, to work out practical arrangements, so that re-employed workers can make a contribution and not a burden on their companies. Otherwise, it will not be sustainable,” he said. 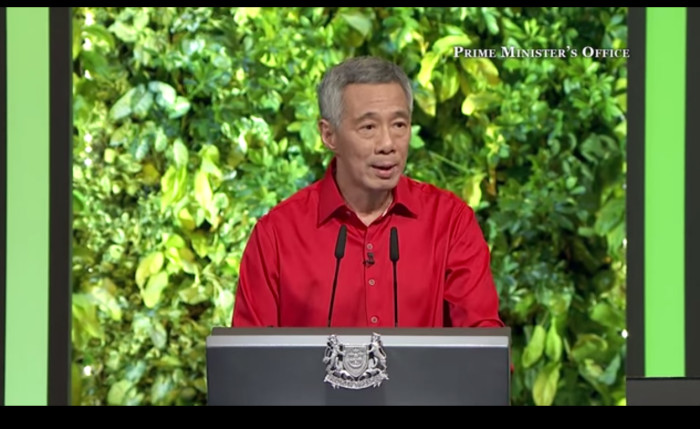 “Having a child is a major responsibility but we will help you, because every Singapore child is precious to us.

He added the government is also working hard towards encouraging a local mindset and attitude change with regards to having a baby. This includes “making workplaces more family-friendly, and encouraging fathers to do their share of parental duties”.

“Fathers play a very important role in bringing up children. You have to play your part,” he explained.

The government will be paying for this extra week, he said, adding that the policy will be implemented on a voluntary basis instead of making it mandatory, in order “to give companies and employers time to adjust.”

This measure applies into effect from the 1st of January, 2015.

The Baby Bonus scheme, which helps parents defray child-raising costs, will be enhanced.

The Baby Bonus scheme, which is targeted towarding helping parents defray child-raising costs, will be enhanced.

The government will increase the amount of the bonus, Lee announced, without giving a specific figure. The bonus will also be extended to every child instead of just the four children, as per the current rule.

Secondly, to give parents “greater peace of mind”, Lee said the government will also up the amount it puts into a newborn’s CPF Medisave account.

This grant will be raised so that it is enough to cover the new MediShield Life premiums for the child until he or she is 21 years old. It can also help with other healthcare expenses.

A new housing grant will also be introduced to further help families live closer together.

Reduce workplace anxiety by listening to your staff

How working long hours is hitting your health

The government has decided to retain the previous levy payment structure for foreign workers, with employers bearing the full cost..

He called this a baby step for changes in the future, stating that paternity leave had not previously been a topic of concern in t..

We take a look at ten of this year's most-read interviews with HR directors from Starbucks, Schneider Electric, PwC Malaysia, Citi..